To achieve these goals, a new building was constructed around the existing hatchery. The complex now has an increased capacity to set 1.5 million eggs. Upgrades include the installation of 12 new incubators using the latest Petersime technology, 12 new hatchers, a fully automated parent takeoff, and a new sexing and processing line complete with two chicken-holding machines.

“Cobb’s commitment to our footprint in the region is clearly demonstrated by more than £8 million invested into the project,” said Dominic Smith, production director for Europe, the Middle East and Asia at Cobb Europe. “The expanded facility allows us better control of pure lines and to ultimately produce some of the most superior-quality products in the industry, allowing our customers to maximize the genetic potential of our birds.”

Production and hatchery continued during the expansion. To maintain the health and biosecurity status of the product, the hatchery team took a number of precautions, including sectioning off portions of the hatchery, building false partitions, and creating a hazard analysis critical control point plan in partnership with the quality assurance team.

“It was important to our team to keep operations running without impacting our customers while maintaining our high levels of biosecurity and compartmentalization standards,” said Chris Murrell, European hatcheries manager at Cobb Europe. “Our contractors did an exceptional job working around the planned egg sets, transfers and hatching without disrupting our standards of production.”

To keep disruption to a minimum, the project was completed in several phases. Construction began in 2018 following the move of the Quality Control Centre — a sector of Cobb Europe that incorporates the highest standards of laboratory facilities, transport and service teams — to a new site in Norfolk. Cobb Europe has plans in 2020 to introduce a trial and research area on the newly expanded site to focus on further understanding the needs of the genetics.

Following a recruitment drive beginning in 2020, the expanded facility is expected to double the head count to 38 team members, further adding employment opportunities in the area. 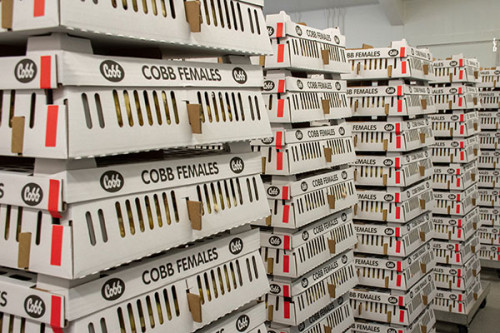 A delivery of Cobb female chicks is prepared for dispatch. 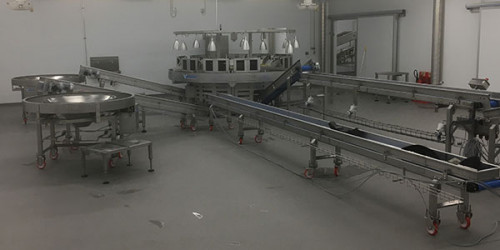 A fully automated parent takeoff was among the upgrades made to the hatchery facility. 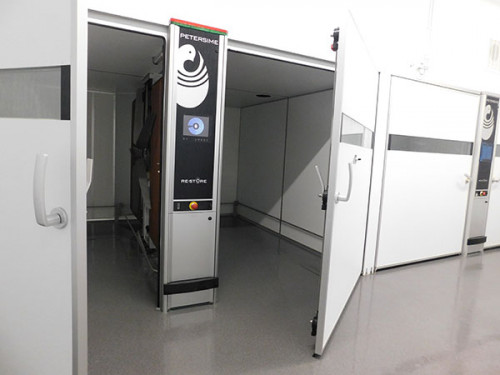 Upgrades to the expanded hatchery facility in Norfolk, United Kingdom, included the installation of 12 new incubators using the latest Petersime technology, one of which is seen here.