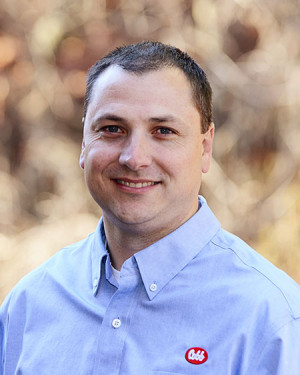 The goal of a poultry breeding operation is to generate settable eggs that will result in viable chicks. Unfortunately, the settable egg can be compromised, thus leading to challenges that extend beyond the loss of a single egg. When troubleshooting in the hatchery an accurate account of where loss is occurring is necessary so that action can be taken to reduce loss from future hatches. For example, above average hatching egg contamination (> 0.5%) is often traceable to the farm of origin. On-farm management decisions that may lead to hatching egg contamination include the use of floor eggs, poor detection of hairline cracks, dirty nests, belts and collection tables. Improper cooling and warming of eggs during on farm storage and transport to the hatchery may lead to condensation of moisture on the egg surface, allowing the movement of contaminating organisms through the shell pores. In general, older flocks generate more contaminated eggs than young flocks. Using this information, corrective actions then can target the issue and reduce contamination.

Rots, exploders, bangers or bombs are all terms used to describe contaminated eggs that explode during the incubation process. There are a variety of microorganisms that can contaminate the egg but generally exploding eggs are the result of Pseudomonas spp., a gas producing bacteria. These eggs start appearing around day 18 of incubation when contents may ooze out of the shell pores. When an egg explodes, it releases its contents and bacteria into the air as an aerosol that is distributed across the incubator. This has an impact on the hatching chicks since hatches with a high percentage of contaminated eggs have been associated with increased 7-day chick mortality. Accurately tracking the percentage of contaminated eggs for each individual flock can help the breeder/production department identify on-farm issues.

Most hatcheries track contamination by performing hatchery residue breakout on predetermined trays of eggs after the hatch is complete. Unfortunately, a portion of the contaminated eggs are missed because they are removed at the beginning of the transfer process. In the current transfer system, the team member loading the eggs into the transfer machine will remove the visibly contaminated eggs before placing the eggs into the machine. The transfer machine is programed to remove all clear eggs (infertile and early dead embryos). Trays predetermined for residue analysis have the “No Pick” option selected so that the clear eggs remain with the tray and are analyzed for fertility. The current method accounts for all eggs except the contaminated eggs which were removed prior to transfer. Therefore, the number of contaminated eggs in the breakout data is inaccurate and underestimated. 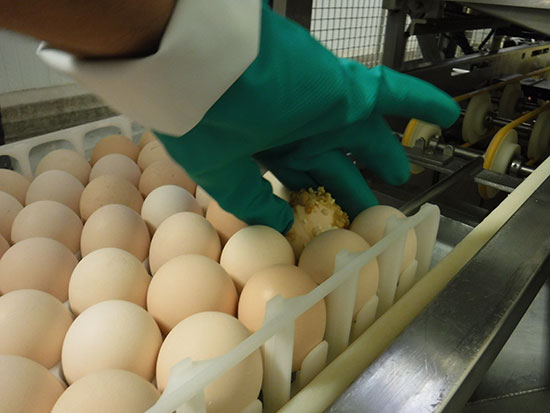 In order to ensure all contaminated eggs are counted, consider the following. You will need an index card and a permanent marker during the transfer process. 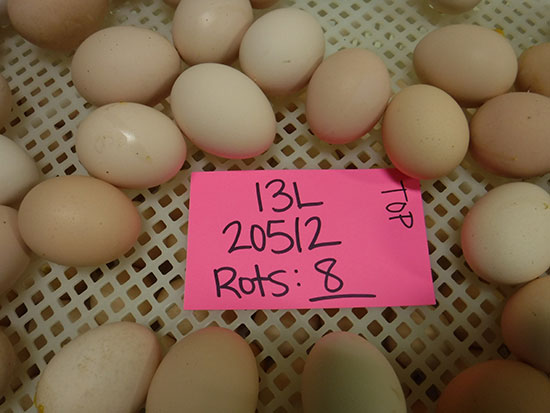 The current method of evaluating hatching egg contamination fails to account for all of the contamination eggs found during incubation. The method described is a simple solution to the problem. Providing accurate information to the breeder team in a timely manner allows for more immediate diagnosis and troubleshooting. When egg contamination exceeds expectations, go back to the breeder farm and review the process of egg handling. Rapid response and corrective action is critical to reducing contamination issues and through that increase hatch of fertile eggs and promote chick survival.