Cobb males, for example, have an excellent appetite, which helps them to grow efficiently from the fi rst few weeks. This is essential for good development of the internal organs, immune system and skeletal frame but, most importantly, the reproductive Sertoli cells responsible for fertility. Sertoli cells start to develop as early as two weeks and are essential for sperm formation later. Weight, protein and calorie intake are essential for their proper development.

Control of frame size is as important as bodyweight control to prevent males becoming very big later. Select males as early as first week, with another selection at three to four weeks to maintain a high level of uniformity (>90%).

Ensure a good skeleton frame with long shank length in the first four weeks. Fleshing is better controlled later and very small males can be culled. Fleshing Score should be 3 at this stage. After 10-11 weeks of age the skeletal development is almost complete and select males into homogenous groups for bodyweight and frame. From 10 weeks males should be reared at a density of 3-4 males/m2 for an optimal development. At this stage a fleshing score of 2-2.5 is required.

"Control of frame size is as important as bodyweight control to prevent males becoming very big later. Select males as early as first week, with another selection at three to four weeks to maintain uniformity"

From 18 weeks the males must start to show red combs, and start crowing. If not, they are behind, probably due to over restriction on feed or very low light intensity. But we also don’t want the males to be sexually maturing earlier than females.

We need to achieve sexual synchronization. Focus on the feed levels from 17-27 weeks – this is when you can make or break a flock. Feed a low crude protein male diet (12%-14%), with adequate weekly Increments, to control bodyweight and breast development. 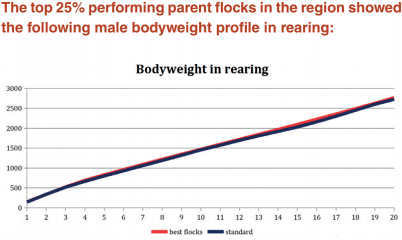 Testes growth is very rapid once light stimulation begins. Some mature sperm is formed, but the male is still not sexually mature. Management now can have a dramatic impact on early and peak hatchability. You need to achieve the weekly bodyweight gain in the first four weeks after light stimulation. Ensure that bodyweight profile is parallel to standard between 20-29 weeks to ensure optimal testicular growth, especially at 24 weeks. This is when male fertility is determined. 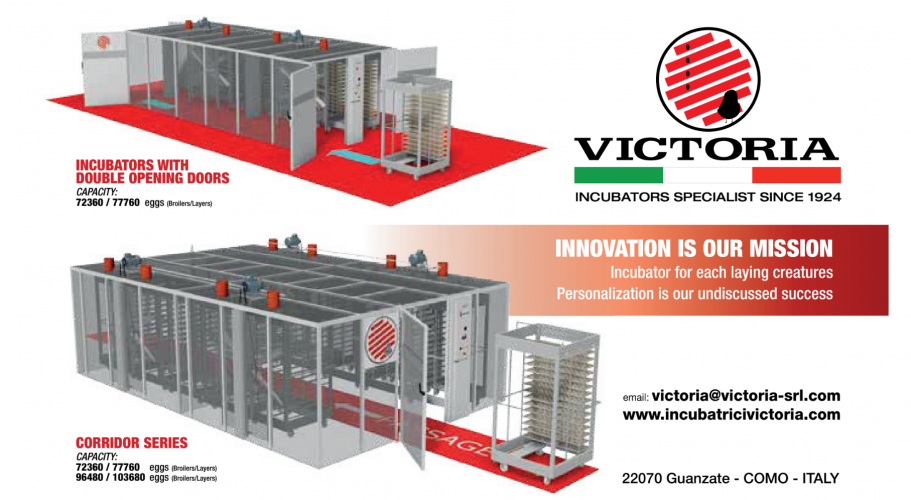 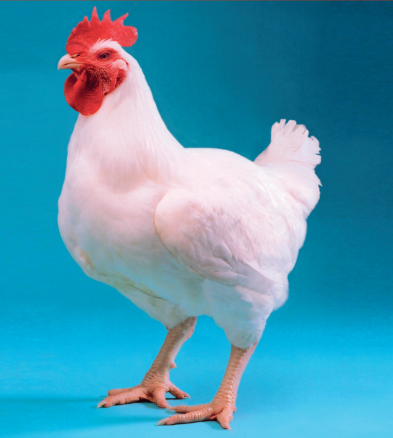 The top 25% parent stock performer in the region showed the following bodyweight profile after 20 weeks:

In general, you can mix males as early as 20 weeks but when males are more sexually mature than females, mix only 5% males and assess receptiveness of females after one week.

A normal mating ratio of 8.5% males is sufficient to achieve up to 95% fertility. Good sexual synchronization is extremely important. Starting flocks on an 8% ratio for males through 25-30 weeks and then going up to 9% seems to boost early fertility and lower hen mortality. Generally, if the weight differential exceeds 40%, female receptivity will be disrupted resulting in reduced mating efficiency. Then you may need to place fewer males (ie 7% ratio) to prevent male aggression, topping up to 8.5% after two weeks. The quality of the males is important as some flocks have only 5% males at the end of production, yet still with excellent fertility.If males are still overaggressive, keep the same and reassess after one week.

Cobb males consume feed efficiently. They may access the female feeders, too, after mixing. Keep an eye on the male bodyweight profiles to prevent overgrowth.

With sex separate feeding, males need to identify their specific feeders, so keep the same type of male feeder in rearing and production. 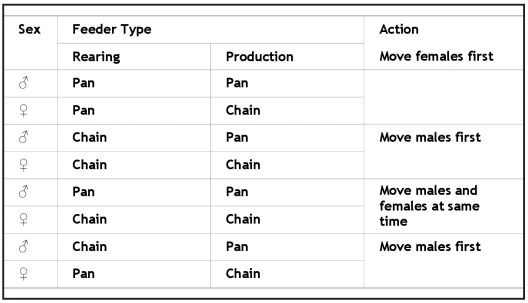 Transfer in three to seven days according to feeder type, as shown in the table.

Poor dietary management and stress can lead to a regression of the male reproductive system and decreased fertility. A reduction of 4 to 10% in feed consumption can result in lower sperm production. 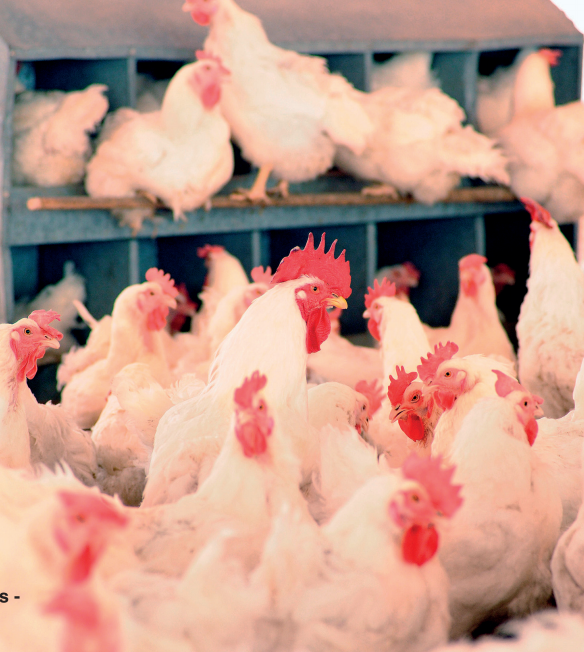